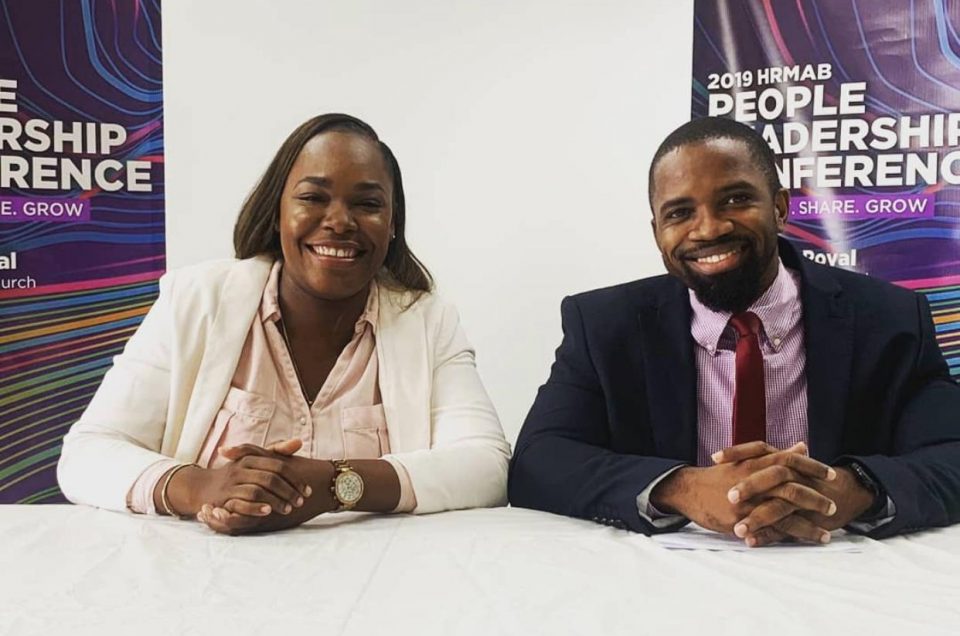 President of the Human Resources Management Association of Barbados (HRMAB), Brittany Brathwaite says the human resource profession has continued to evolve locally and is proud of the work her association has done.

“I am pleased to see how we have continued to centre ourselves in national discussions regarding the workforce. In our first year, we are also very proud to have restarted the mentorship programme which has made a mark on the industry in such a short time,” she said.

“Over the past decade, we have tried to get people involved in policy making by creating forums where policy-makers can hear the thoughts and processes of what is going on in the community so we have mimicked the social partnerships that have worked so well for Barbados in the way that we do business and it has led to HR practitioners having a voice,” she explained.

Among the issues that Braithwaite has been personally involved in bringing to her country’s attention is discrimination.

“We are talking about things like lesbian, gay, bisexual, transgender and queer (LGBTQ) rights, sexual orientation, or race. This is a topic in the Caribbean that we have not been proactive about, there aren’t many discriminatory laws in Caribbean countries,” she said.

According to Braithwaite, HRMAB has been dedicated to engaging decision-makers to facilitate policies being created that address discrimination.

“I think we have done a very good job of advising these national discussions. We have had advisory sessions supported by the Minister of Labour and at the last session in 2019, he announced that there is a pending discrimination bill which we hope to soon have proclaimed as an Act and speak to the importance of diversity policies looking beyond issues such as race but really being diverse in how we make up our workforce,” she explained.

Her work regarding the Caribbean Single Market and Economy (CSME) is another issue that
Braithwaite feels strongly about addressing and is pushing for more work to be done.

“We are advising regional labour policies and looking at the boosting of regional movement and how national insurance policies are working for persons who may or may not seek to go to another Caribbean territory and work. We are also looking at the ease of moving to another CARICOM territory, achieving your CARICOM skills certificate and what that means for the CARICOM generation,” she explained.

In light of the issues that face human resource professionals regionally, Braithwaite commends and supports the work of the Caribbean Society for Human Resource Professionals (CSHRP) and its
upcoming conference in 2021.

“What this conference is doing is creating a regional voice for HR practitioners and looking at HR as a very holistic and regional way. If we are looking towards moving towards CARICOM as functioning CARICOM nations then it is imperative that all CARICOM professionals take that into consideration and have fruitful discussions, particularly in professions like ours where we focus on how people move,” she added.